Erik Goossens introducing to Queen Mathilde of Belgium the chocolate specially made under the name of Her Royal Highness. 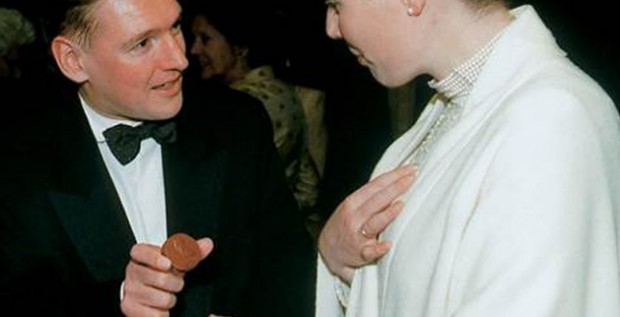 Chocolate made for US Ambassador Fox, stamped with the “Great Seal” of America, as an end-of-year gift reputedly all the way up to the White House. In 1982 René Goossens revealed the original Antwerp Hands with almond paste and Elixir d'Avers. These little chocolate creations grow to be a symbol for the harborcity. Because of the unprecedented succes friend and enemy began to copy this specialty chocolate. Enjoy the originals created by Master Chocolatier René Goossens!